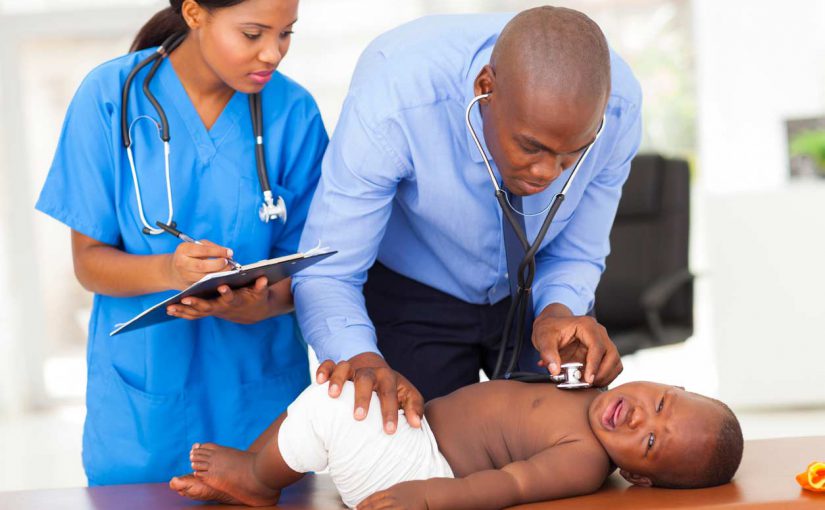 Croup: a common childhood illness with a strange cough

Croup, most commonly, is a viral infection of the upper airway in young children. The condition can partially obstruct the airway. This blockage can cause the child to have a strange cough that sounds like a barking dog. Croup often starts out like a common cold, but breathing difficulties may soon develop.

The most common virus that causes croup is parainfluenza. The viral infection causes swelling and inflammation of the airway including the vocal cords, windpipe, and passages into the lungs.

When these areas have air forced through them as the sick child breathes, the sound can be that of a barking dog, a barking seal, or even like that of a high-pitched whistle. This whistling sound is medically called “stridor.”

The patient may also have a fever and a raspy or hoarse voice, especially when crying. Other symptoms include enlarged lymph nodes, fast breathing, drooling (difficulty swallowing), appearing lethargic, being dehydrated (few wet diapers), and a general rash.

Parents may also see a retraction of the skin of the chest between the ribs as the child struggles to breathe. Breathing retraction or turning bluish is a medical emergency.

The condition is most common for children ages four months to five years. Croup is more common in boys than in girls and is seen more often in the fall and winter.

The child is contagious until the fever resolves. Of the infectious forms of croup, 80 percent of cases are viral, and about 20 percent of the cases are caused by a bacteria.

There is a second, rarer type of croup called spasmodic croup. This is not caused by a viral infection, and doctors believe it is caused by irritation and inflammation of the throat and voice box (vocal cords) from either an allergy or from the acid in the stomach coming up into the throat when the child is lying down.

No matter what the cause, if your child is having difficulty breathing, get medical attention immediately.

The majority of croup cases present as a mild illness and will get better in just a few days; the normal course is three to five days. In a small percentage of cases, the swelling of the airway can become so severe that it interferes with normal breathing and immediate medical attention is required.

In croup, children often do better in the day and worsen at night. This is a medical phenomenon known as “sundowning.” Consider sleeping in the child’s room to provide them an extra level of security and enable you to act appropriately and quickly if the condition takes a turn for the worse.

If the symptoms are mild but last more than four days, or if your child has trouble breathing, call your doctor immediately.

Croup, most commonly, is a viral infection of the upper…

With winter comes the threat of frostbite