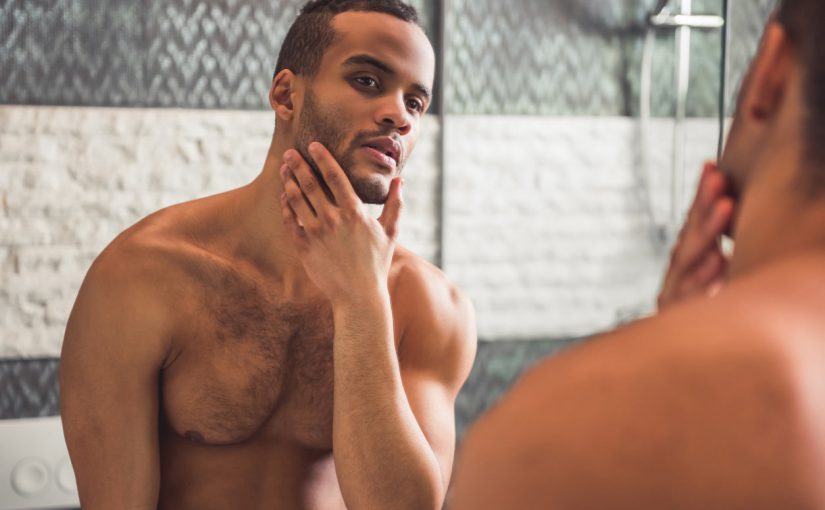 Minneapolis – Charles E. Crutchfield III, M.D., has had a lifelong battle with pseudofolliculitis barbae. “When I became a dermatologist, it’s one of the things I focused on,” he says.

Razor bumps tend to haunt men – especially those who shave their beards daily – in the neck area.

Dr. Crutchfield, who practices in Eagan, Minn., and is clinical associate professor of dermatology, University of Minnesota Medical School, says athletes who shave or wax their chests also seek treatment for the unsightly bumps and pustules that result from hair removal. There are two causes of pseudofolliculitis barbae, according to Dr. Crutchfield: transfollicular penetration and extrafollicular penetration. “Either curly hair or hair that is oriented to an oblique angle has a higher propensity to form razor bumps,” he says. “If you have curly hair under the skin’s surface, it grows straight into the sidewall. That’s a process called transfollicular penetration. “You can also have hair that’s really curly, grows out of the hair follicle and, then, curls and pokes back in (extrafollicular). The problem is that the hair is made up of the protein keratin, which is one of the most inflammatory substances to the skin. You can get pustules and secondary infections, and it’s very painful.” One of the most important aspects of treatment, according to Dr. Crutchfield, is education. “I think once you have the patient educated and on board with the program, compliance is very high and results are much better,” he says. Treatment should focus on getting rid of the offending agent, hair. And the tool to that end is the laser, Dr. Crutchfield Says.

“The laser works because you remove the offending and causative agent and everything clears. The real trick, though, is you have to differentiate between the melanin, or melanosomes, in skin, and the melanosomes in hair,” he says. “If you don’t, it’s very easy to burn the skin while trying to get rid of the hair.” Dermatologist can avoid burning the skin by spreading out the laser’s pulse duration. This is especially important when using laser hair removal on patients who have darker skin types.

“The laser is a good treatment for pseudofolliculitis barbae, but for dermatologists who are not familiar or skilled with lasers for treating skin of color, it’s a real danger zone. You could have terrible burns and scars,” Dr. Crutchfield says.

Even experienced dermatologists should always start with an inconspicuous test site, behind the ear, or example. Dr. Crutchfield’s treatment regimen for pseudofolliculitis barbae generally includes using the laser once a month for four to six months; then, two to three times annually, to maintain a hair-free state.

“A Lot of guys worry that they’ll never be able to grow a beard. I point out that they don’t grow a beard on the neck (where razor bumps often occur) and, even if you use the laser on their faces, if we stop treatment, hair will grow back within a year,” he says. For those who are not candidates for the laser because of side effects or expense, there are many other options. Dr. Crutchfield says he recommends these to patients: A lotion by ESBA Labs, called Bump and Blemish Fighter, may be one of the best options among less-expensive products. Dr. Crutchfield, who has no financial ties with the company, says he tried it and has used it on several patients in the past few months with good early results. He does not yet know how the lotion works for the long term. “It contains an anti inflammatory, exfoliant and ingredients that fade away the dark spots. That’s another problem with patients of color – They often heal with dark spots that are as bothersome as the razor bumps. This product helps get rid of that post inflammatory hyperpigmentation,” he says.

There are many products on the market that don’t work, however, and could worsen pseudofolliculitis barbae.
“Anything that burns the skin (including inappropriately used lasers) doesn’t work,” Dr. Crutchfield says. “Other things that cause harm include cutting hair way too short, plucking and old fashioned chemical depilatories. I have a small percentage of patients that can actually get away with using chemical depilatories, but, in general, the creams and powders that dissolve hair do more harm than good.”

Most of the patients Dr. Crutchfield treats for pseudofolliculitis barbae are pleased with the outcome, he says.

“There are a few patients that I see that we don’t improve to the point they say they’re happy with their results,” he says. “I think it’s really important to educate patients that they don’t want perfection to be the enemy of very good, especially if they use anything less than the laser. I them to look in the mirror and say, ‘It might not be perfect, but it’s much better than it was. It doesn’t hurt, and I don’t have pustules.'” *Images from Istock, and were not used in original article