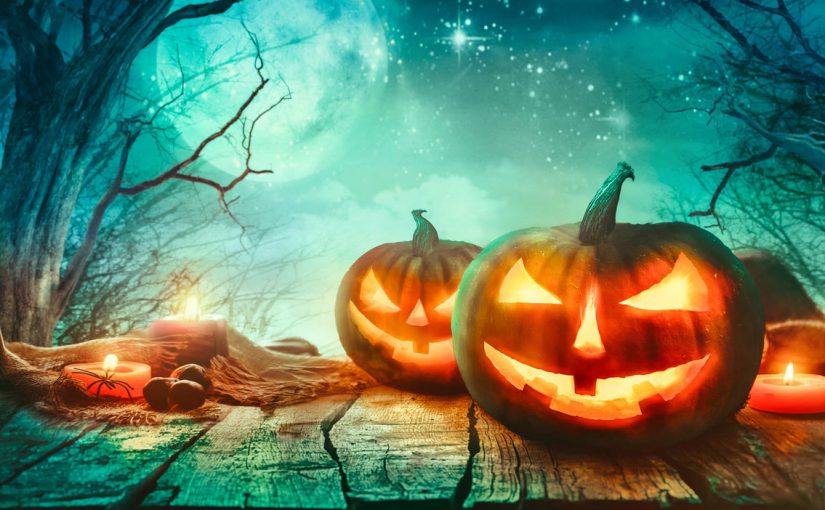 Second to Christmas in spending in the USA.

Nowadays it’s a night for costume parties with ghoulish theme, bobbing for apples, and children going door to door asking for candy, but Halloween has been celebrated in some form for more than 2,000 years. What has become a night of revelry and fun was for the Celts of Ireland a serious sacred ritual called Samhain, honoring Saman, lord of death. They believed that on Allhallows Eve (October 31), fairies were abroad and mortals were in closest contact with the spirit world–and the spirits were not necessarily benevolent. People attired themselves as demons and goblins, wearing animal skins and heads, and made a noisy procession out to a huge bonfire of sacred oak built be Druid priests. Both the parade and the fire were intended to drive away the spirits of the recent dead who were trying to re-inhabit living bodies.

After a harvest feast, sacrifices (animal and sometimes human) were made, and fortunes were told from the remains. Then each family carried a torch from the fire to relight their extinguished hearth fires. Though the Romans conquered the Celts in the first century and banned human sacrifice, Halloween remained alive.

And Christianity had to adapt too–in A.D. 601, Pope Gregory I issued an edict concerning the native beliefs and customs of the peoples he hoped to convert; he wanted missionaries to try to use native beliefs rather than obliterate them. In the ninth century, the Church replaced the supernaturally focused Samhain with a Christian feast, All Saints’ Day, on November 1 and, a few centuries later, All Souls’ Day (November 2), to honor the dead. While it was meant to diminish the importance of the Celtic deities, this new holy day instead wound up encouraging another celebration: Allhallows Eve, or “Hallowe’en,” the evening before All Saints’ Day. In this country, the influx of Irish and Scottish in the 1800s revived the pagan spirit festival as a night of amusement and pranks.

Source: An Uncommon History of Common Things by Bethanne Patrick and John Thompson

Minnesota In Famous Television Shows That We Love