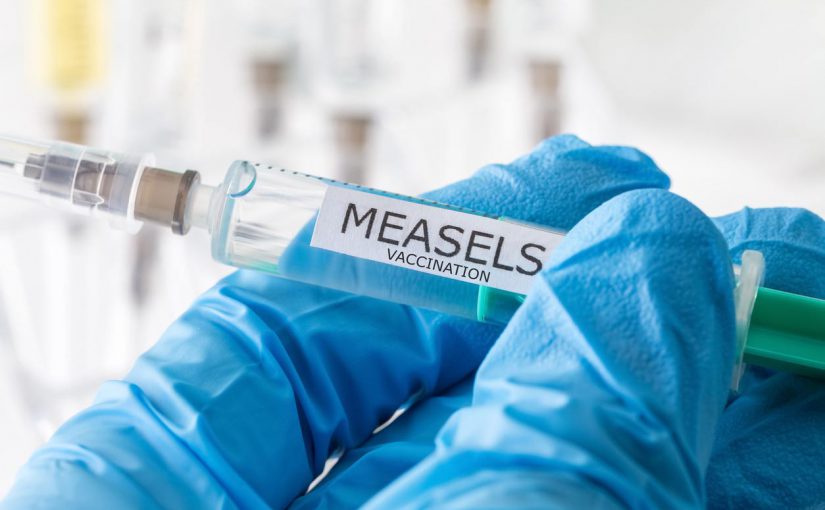 How to respond to — and prevent — a measles outbreak

Dear Dr. Crutchfield: According to reports by the Minnesota Department of Health, there has recently been a limited outbreak of the measles in Minnesota. What are the measles?

The measles is an illness transmitted by a virus. It is extremely contagious. In fact, if you have not been vaccinated or have not had it before, the chances of anyone contracting it after being exposed to someone with it is extremely high.

Outbreaks in the United States are rare, but when they occur, they need to be addressed promptly. There are over 200 million cases of measles still reported annually worldwide. What are the symptoms of the measles?

The symptoms start with a fever and flu-like symptoms. Then, shortly afterward, the patient develops a cough, very runny nose, little white bumps inside the mouth on the inner cheeks, and red, irritated eyes. Shortly after these symptoms appear, the classic red, bumpy rash starts on the face and neck and moves down, covering the entire body. How is measles spread?

It is spread in water droplets that become airborne when an infected person coughs or sneezes. It is extremely contagious, so if one is exposed (by being in a room where an infected person has coughed or sneezed) there is a very high chance that, if not immunized, the exposed person will get measles.

There currently are no active areas (natural reservoirs) in the United States with large cases of the measles, so the way measles is spread is from someone who has traveled from a country with areas of large numbers of measles cases (natural reservoirs), who then brings it back to the United States. In all the reported cases in Minnesota, the people who contracted measles had not been vaccinated. How serious is the measles?

In one-half to three-quarters of cases, patients recover well without long-term effects. Unfortunately, in about one-quarter of the cases, there are additional complications beyond fever, flu-like symptoms, runny nose, irritated eyes and skin rash. These additional complications include diarrhea, pneumonia, and ear infections. In rare but serious cases, the virus can infect the brain, causing swelling, pain, seizures and even death.

How can measles be prevented?

The best way to prevent measles is to vaccinate children on schedule. The vaccination is a combination vaccine that protects against three viral diseases: measles, mumps, and rubella. The first vaccine is given at around age one, and a second booster vaccine is given about the time children start kindergarten, at about age five.

The pediatrician will recommend the best schedule for your child. For children under age one and adults who may need a vaccination for the first time, consult your doctor for the best recommendations in these special circumstances. What about parents who do not wish to have their children vaccinated?

This is still a problem, but it is not as common as it once was. Unfortunately, false reports linking vaccinations and autism have put a terrible scare into parents. There has also been a concern with trace amounts of mercury (a preservative) contained in vaccines. The research that suggested the autism-vaccination connection has been completely debunked and discredited.

There are now vaccines that are free of preservatives. There are no scientifically valid reasons why children should not be vaccinated. The reason we vaccinate is to protect our children, so people who are worried about vaccines should look at the goal, which is protecting children.

These diseases can kill children. That is why we vaccinate.

What should a person do if they think a family member has the measles?

Rather than bringing them to a clinic and exposing others at the clinic, first call the clinic for directions. Often, the clinic will refer them to a children’s hospital with an emergency room that is much better equipped and prepared to treat such an infectious viral disease.

How are measles treated?

Because the disease is viral, the treatment is mostly supportive care. That means hydration, reducing fever, assisting breathing, and soothing the rash. In three-quarters of cases, the disease will resolve without additional complications, like recovering from a bad cold or flu. In the cases with significant further complications, additional medical support will be required.

The best thing to do to treat the measles is to prevent it from occurring in the first place. That means following the vaccination schedule recommended by the pediatrician. Remember, the measles, mumps and rubella vaccine is extremely safe and effective.

Dear Dr. Crutchfield: According to reports by the Minnesota Department…