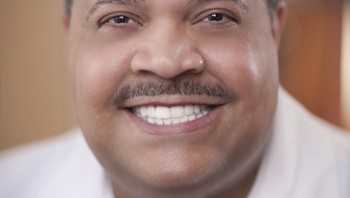 Who is Dr. Charles Crutchfield III?

He earned undergraduate degrees in cell biology and biology, then obtained both a master’s degree and a medical degree from Mayo Medical School. He is now clinical professor of dermatology at the University of Minnesota Medical School, where he completed his own dermatology training nearly 15 years ago.

Locally and nationally, Crutchfield is considered a leading skin care expert, with a specialty in ethnic skin conditions.

Even still, his impact on the field of medicine goes beyond the many patients he sees one-on-one.

He mentors minority students in the University of Minnesota’s Future Doctors of America Program, where students learn the art of medicine by shadowing him during patient appointments. Lecturing nationwide, he also educates his colleagues as well.

In Crutchfield’s role as an inventor and researcher, he developed and holds a patent for a medicine he developed to treat inflammatory skin conditions. In addition, he has published over 100 dermatology articles and co-authored a textbook.

The married dad of three children – ages 6, 9 and 12 – is also an author. He co-wrote a children’s book on the importance of sun protection in “Little Charles Hits a Home Run!”

What’s next for Dr. Crutchfield?

His next health-related project is a dermatology textbook focused on treating skin of color.

He has also set his sights on two other projects: one, a national campaign to eliminate the ability to text and drive, and two, a project to commemorate the heroes of the Civil Rights Movement.

Dr. Crutchfield has been selected by ‘The Grio’, a division…