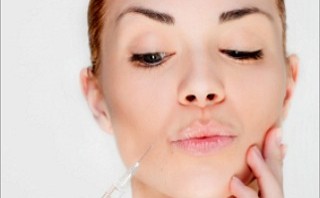 The Latest in Fillers: Your Own Blood? We first told you about Selphyl, a type of facial filler made from your own blood, in April 2010. At the time, the procedure sounded promising, but results were yet to be seen. Now, doctors across the country are reporting great outcomes as more and more of them add it to their arsenal of anti-aging strategies.

For those looking for something more natural than a neurotoxin or synthetic filler to restore youthful-looking skin, their own blood platelets may be the answer. “It’s completely natural, in fact it is the most natural filling agent available because it is derived from your own plasma. It’s essentially you helping you,” reports Eagan, MN, dermatologist Charles E. Crutchfield, III, who was the first physician in Minnesota to offer it. “All indication indicates that it works as well as the other current filling agents. It actually costs about half as much as the current fillers on the market.”

During the 30- to 45-minute procedure, which is sometimes called the “vampire facelift,” a small amount of the patient’s blood is drawn, which is then spun in a centrifuge to separate out the platelets that are used to create platelet-rich plasma (PRP). When injected under problem areas, like crow’s-feet or under the eyes, it’s believed to stimulate new cell growth and restore volume. There’s almost no downtime, although a cold press may be used to ease initial swelling.

Other areas it’s been used include under the cheeks, around the mouth and in pock-marked skin caused by acne. The technology may have other implications as well, such as supporting hair transplantation.

Since PRP is made from the patient’s own blood, the chance of rejection or allergic reaction is virtually none. Plus, results can last up to 18 months. The injected PRP is said to start boosting collagen production right away, and results can be seen anywhere from 10 days to three weeks.

Have you tried this procedure, or are you considering it? We’d love to hear about your results.

by Shellie Terry Benson, Editor, www.newbeauty.com We first told you…