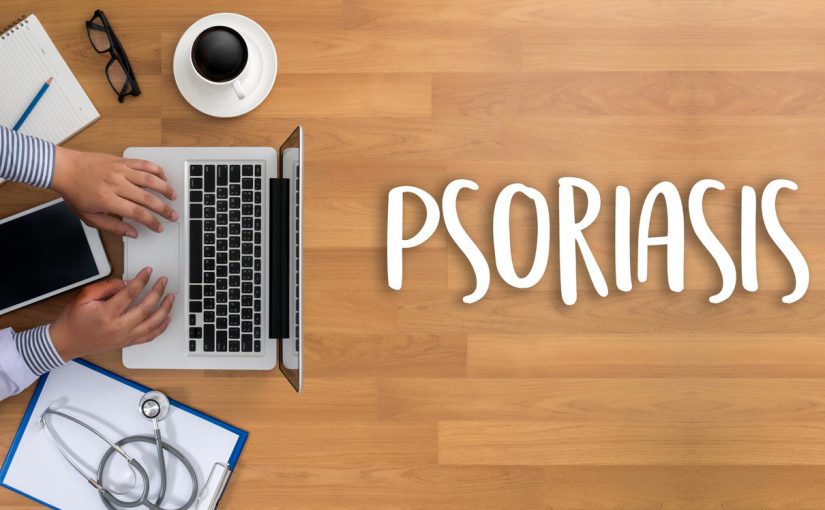 Original Article
NATIONALLY-RECOGNIZED DERMATOLOGIST CHARLES E. CRUTCHFIELD III MD EXPLAINS THE CAUSES OF PSORIASIS, A COMMON SKIN DISORDER, AND WAYS TO EFFECTIVELY TREAT IT.
Psoriasis is an age-old problem. It manifests itself as red, scaling plaques that often itch and bleed. Commonly, it occurs on the elbows and knees, but it can be found anywhere on the body, including the face and scalp. For centuries, it has affected people in all walks of life and all nationalities. It can be progressive, and may appear at any time during one’s life. It is one of the most common skin diseases, striking an estimated five percent of the world’s population.
Of those affected, 30 percent can develop an associated psoriatic arthritis, which is both progressive and degenerative. Psoriasis is
not contagious, but it can interfere with normal life and social relationships, and cause many sufferers to isolate themselves from friends and family. Heredity plays a part in the disease, with approximately 10 percent of all sufferers being able to identify a genetic relative with the disease. Stress, injury, infection, medication, or trauma can trigger an initial episode or cause a flare-up.
There are many varieties of psoriasis, including guttate psoriasis,
pustular psoriasis, plaque psoriasis, scalp psoriasis, and in verse psoriasis. Inverse psoriasis examples of psoriasis: occurs in the armpit, under the breasts, and in the skin folds around the groin, buttocks, and genitals. Scalp psoriasis is often mistaken for dandruff. Guttate psoriasis can affect anyone, but often starts after a sore throat associated with streptococcal infection. Pustular psoriasis is a painful condition that is limited almost exclusively to the palms and soles. This can be quite debilitating, and can even prevent walking and the ability to work with the hands. Psoriasis can also affect the nails, imitating a fungal infection; cause pits in the nails; or produce brown spots under the nails, known as ‘oil spots’.
What causes psoriasis?
Psoriasis is a genetic disease involving both an auto-immune and inflammatory component. The normal skin growth cycle requires approximately 28 days for skin to go from the basal layer to the top. In psoriasis, this growth rate is dramatically increased and occurs every three to five days. As a result, the skin cannot shed normally and instead piles up, forming thick scaling plaques. In the past, it was believed that psoriasis was a disorder of the skin cells, where the cells were unable to grow at a normal rate. However, it is now understood there are many contributing factors, such as the immune system. Often, immune cells can leave the blood stream and produce compounds that interact with cells in the skin to produce this rapid growth phase. Newer treatments are targeted at the immune cells to interfere with their ability to produce the rapid growth and inflammatory phase associated with arthritis.
How is psoriasis diagnosed?
Dermatologists diagnose psoriasis by examining the skin, nails, and scalp. If diagnosis is in doubt, skin biopsy may be helpful. My philosophy is to use a combination approach, utilizing many different compounds in the treatment of psoriasis to achieve a synergistic effect. This includes, but is not limited to, topical medications such as topical anti-inflammatories, topical tar treatments, topical Vitamin A treatments, topical Vitamin D treatments, and our patented, effective CutiCort spray.
In addition to topical medicines, I also use phototherapeutic measures, including narrowband ultraviolet B phototherapy. Phototherapeutic treatments can be performed by using a full-body and hand-and-foot light box to treat resistant hand and foot psoriasis.
Additionally, oral/systemic medications including methotrexate, cyclosporine, and oral retinoids can be prescribed. I also use many of the newer injectable biologic agents such as etanercept, alefacept, efalizumab, and adalimumab with good results.
Future of psoriasis
More and more research is being done every day, giving us better insight into the causes of psoriasis, which will allow the disorder to be even better treated. It is a genetic disease with some genes located on chromosomes 6 and 17. I have conducted recent research that for the first time indicates some cellular proteins involved in skin cell growth may be affected.
Psoriasis is a very common skin disorder that can be both a medical and cosmetic concern. However, with the correct diagnosis and treatment program, psoriasis can be successfully managed.
Dr. Crutchfield is an Associate Professor of Dermatology at the University of Minnesota Medical School and is Medical Director of Crutchfield Dermatology, which is recognized internationally as one of the leading treatment centers for psoriasis.
For additional information on psoriasis, visit www.crutchfielddermatology.com/treatments/psoriasis.