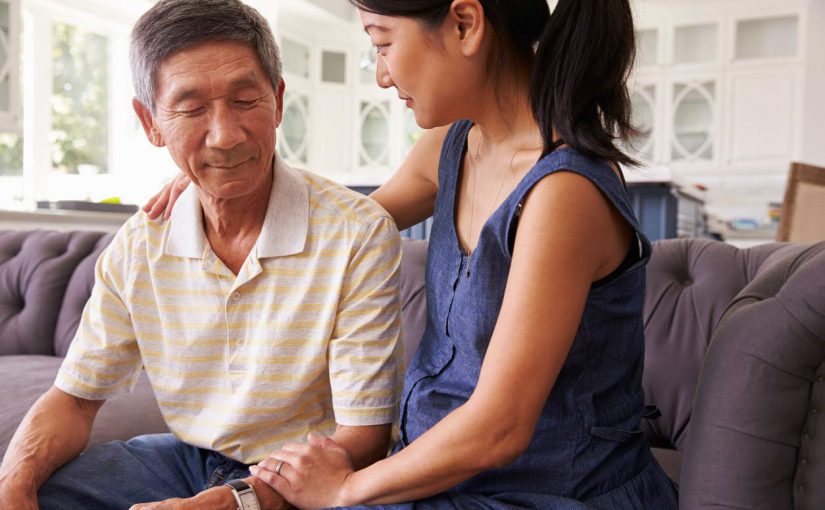 What is Alzheimer’s disease and why should I care about it? Alzheimer’s disease — the most common cause of dementia — is a group of brain disorders that cause a loss of intellectual and social skills. “Dementia” is an umbrella term describing multiple diseases and conditions that develop when nerve cells (neurons) in the brain die or are unable to function normally.

The death or malfunction of brain neurons causes memory, behavior and thinking irregularities. In Alzheimer’s disease, these changes will ultimately affect an individual’s ability to carry out basic bodily functions such as walking and swallowing.

These changes are progressive, incurable, and often severe enough to interfere with day-to-day life. Alzheimer’s disease destroys memory and other important cognitive (mental) functions. The results can be devastating for both patients and their families.

The cause or causes of Alzheimer’s disease are still not precisely known. Most experts do agree that Alzheimer’s is a result of multiple factors rather than a single cause.

These factors include a variety of brain changes that begin as many as 20 years before clinical symptoms appear. Included among the brain changes believed to contribute to the development of Alzheimer’s is the abnormal accumulation of the proteins inside and outside the neurons in the brain. The connections between brain cells themselves degenerate and the brain cells die, causing a steady decline in memory and mental function.

Most cases occur after the age of 65, but there is an inherited form that can occur many years earlier.

How is Alzheimer’s disease diagnosed?

Alzheimer’s disease is most commonly diagnosed by an individual’s primary care physician. In addition to routine medical history and cognitive testing, neurological tests, and brain-imaging studies, ideally, a family member or other individual close to the patient is available to provide input.

Warning signs of Alzheimer’s include:

• Challenges in planning or solving problems

work or at leisure

• Confusion with time or place

• New problems with words in speaking or writing

• Misplacing things and losing the ability to retrace steps

• Withdrawal from work or social activities

• Changes in mood and personality

For more information about the warning signs of Alzheimer’s, visit www.alz.org/10signs.

Can Alzheimer’s disease be prevented?

No, but there are ways to minimize risk factors. Heart disease, diabetes, high cholesterol and being overweight are all seen at higher rates in patients with Alzheimer’s disease.

It is important to have regular medical examinations and make sure these risk factors are under good control. One doctor says, “A healthy heart is good for a healthy brain.”

Plus, studies have shown that patients who remain active, physically and mentally, throughout life will do much better. There is a new website, www.Lumosity.com, that has some really fantastic and fun brain/cognitive games that can be used by everyone.

How is Alzheimer’s disease treated?

No treatment is available to slow or stop Alzheimer’s disease. The U.S. Food and Drug Administration has approved five drugs that can temporarily improve symptoms. The effectiveness of these medications varies. Sometimes these medications and management strategies may temporarily improve symptoms, which can help people with Alzheimer’s disease maximize function and maintain independence.

Unfortunately, no treatments available today can alter the course of this fatal disease. Fortunately, researchers are working on new and potentially beneficial treatments for the future.

Maintain regular yearly examinations with your doctor and use brain-stimulating games like those at www.Lumosity.com. For patients with Alzheimer’s disease, the goal is to significantly improve the quality of life, including:

• Appropriate use of available treatment options

• Coordination of care among physicians, other healthcare professionals, and lay caregivers

• Participation in activities and adult day care programs, and

• Taking part in support groups and supportive services such as counseling

But because there’s no cure for Alzheimer’s disease, it’s important to seek supportive services and tap into your support network as early as possible.

Alzheimer’s disease — the most common cause of dementia —…