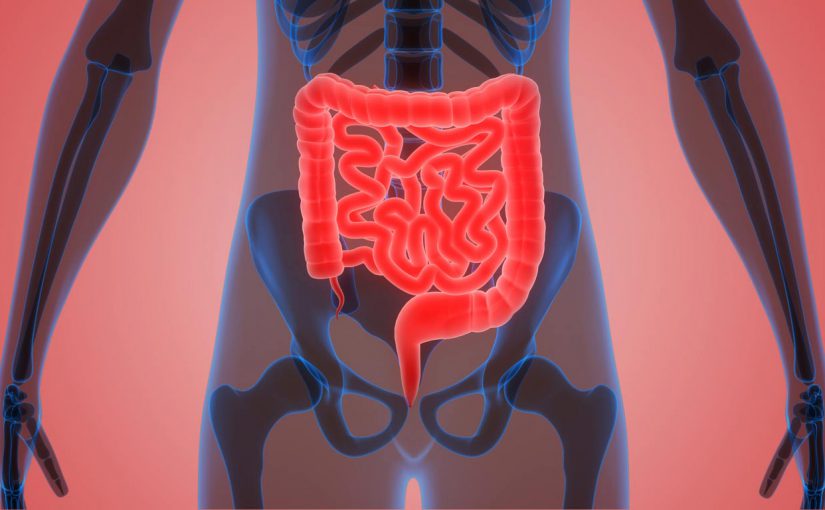 The goal of these digestive tract organs is to break down food and liquids that we consume so that they can be absorbed in the digestive tract and used for fuel for our body. The fuel is used for energy and movement, growth and cellular repair.

Food and drink that we consume start in the mouth and travel down the esophagus (throat) into the stomach. In the stomach, digestive juices from the liver and gall bladder and pancreas are mixed with the food to start the digestive breakdown process. Foods are broken down into protein, fats, sugars and vitamins.

This digestive process starts in the lower stomach and much of the small intestine. The nutrients are absorbed through the walls of the small intestine into the bloodstream, where they are carried throughout the body. In the large intestine, many of the waste products of digestion and undigested food parts are concentrated as additional water and nutrients are absorbed. The waste material is transformed from liquid to solid known as stool. The stool is expelled in a bowel movement.

The circulatory and nervous systems also contribute to the digestive process. There are also significant numbers of bacteria that live in the digestive tract. This group of bacteria is known as the gut “micro-flora” or gut “microbiome.” They play a significant role in overall digestive health as well as influencing other physiologic activities of the human body. I will discuss the microbiome in more detail in a future column.

The intestines are hollow tubes. Sometimes, under pressure, weaknesses in the intestinal walls can produce small pouches that develop along their length. This usually occurs in the large intestine. These pouches are called “diverticula.”

Abdominal pain, which may be present for several days
Nausea and vomiting
Fever
Abdominal sensitivity and tenderness with pressure
Constipation
Diarrhea

If the episode is mild, often treatment can be done at home. This may include antibiotics, soft or liquid diet, and over-the-counter pain relievers.

If the attack is severe, especially in the case where one of the inflamed pouches ruptures and spills contents into the abdomen, hospitalization may be required. In the hospital, intravenous antibiotics may be used with stronger pain medications and, in some cases, even surgery. In some severe cases, the diseased portion of the bowel may be surgically removed.

If you are having any of the symptoms above, be sure to promptly discuss them with your doctor.

Let’s first briefly discuss the digestive system, then diverticulitis. The…

What is radon and why should I care?