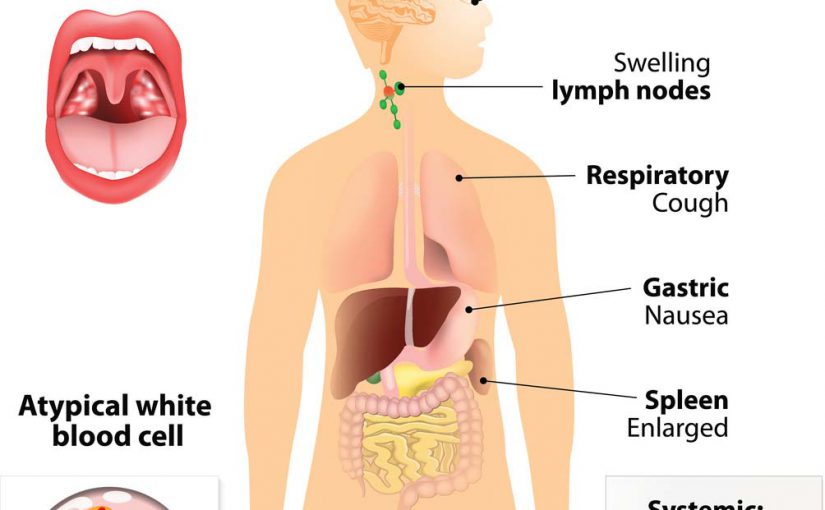 Dr. Crutchfield, my nephew was diagnosed with mononucleosis last week. What is it?

Mononucleosis is most frequently diagnosed in teens and young adults. In fact, four out of five people in the United States are infected with the Epstein-Barr virus by age 40, but many never show any symptoms.

The virus is transmitted by saliva (kissing) and is commonly called “the kissing disease.” Mononucleosis can also be spread by sharing eating utensils, drinks, or after being exposed to a sneeze or a cough from someone who has the infection. Rarely, mononucleosis can be spread by blood or semen.

Just because you are exposed to the virus does not mean you will get it. In fact, mononucleosis is not as contagious as the common cold, but it is still considered contagious.

Mononucleosis is not generally believed to be a serious disease, but some of the complications of mono that may develop can cause concern. Mononucleosis can cause anemia and serious difficulties with the heart, liver, nervous system, and with the spleen. In these cases, bed rest may be required for several weeks.

People who have mononucleosis may frequently have some of the following signs and symptoms:

The incubation period is usually one to six weeks, with the time being shorter in those who are younger. Signs and symptoms like fevers and sore throats usually improve in a couple of weeks. Other symptoms like fatigue, tender spleen, and large lymph nodes may take several more weeks to resolve.

A doctor may make the diagnosis of mononucleosis after taking a history of your signs and symptoms, a physical examination (including your lymph nodes, throat and spleen), and a blood test that can check for antibodies to the Epstein-Barr virus and the status of your immune system (white blood cell count numbers) that suggests that you are fighting off an infection.

There’s no specific treatment for infectious mononucleosis. Antibiotics designed for bacteria do not work against mononucleosis, which is a viral infection, not a bacterial infection.

The treatment is primarily bed rest and calming any severe symptoms or problems that can occur from the disease. Doctors also recommend, along with bed rest, the following steps:

Sometimes, a streptococcal (a.k.a. strep) infection can happen simultaneously with the sore throat of mononucleosis. Infected persons may also develop infections of sinuses or tonsils, too. Both of these conditions are usually caused by bacteria. In these cases, treatments with traditional antibiotics may be required.

To relieve some of the more severe complications, like severe swelling of the throat and tonsils, a physician may prescribe an oral anti-inflammatory medication such as prednisone.

There is no vaccine for mono. The best way to prevent getting it is to wash your hands frequently and avoid sharing drinks and utensils with others. If you have mono, you can be infectious for months after you feel good, so don’t expose others around you by sharing drinks or utensils.

Most people with mono may feel significantly better in a few weeks, but some symptoms such as fatigue and tender abdomen or spleen may last much longer. It may take several months before one recovering from mono feels completely normal.

It is essential to rest and not return to work or normal activities too soon. In fact, it is important to avoid contact sports, intense exercise, or strenuous lifting until your doctor says it is safe to prevent severe spleen damage or rupture. Charles E. Crutchfield III, MD is a board certified dermatologist and Clinical Professor of Dermatology at the University of Minnesota Medical School. He also has a private practice in Eagan, MN. He received his M.D. and Master’s Degree in Molecular Biology and Genomics from the Mayo Clinic. He has been selected as one of the top 10 dermatologists in the United States by Black Enterprise magazine. Dr. Crutchfield was recognized by Minnesota Medicine as one of the 100 Most Influential Healthcare Leaders in Minnesota. He is the team dermatologist for the Minnesota Twins, Vikings, Timberwolves, Wild and Lynx. Dr. Crutchfield is an active member of both the American and National Medical Associations, and president of the Minnesota Association of Black Physicians.

Dr. Crutchfield, my nephew was diagnosed with mononucleosis last week.…