Case of the Month 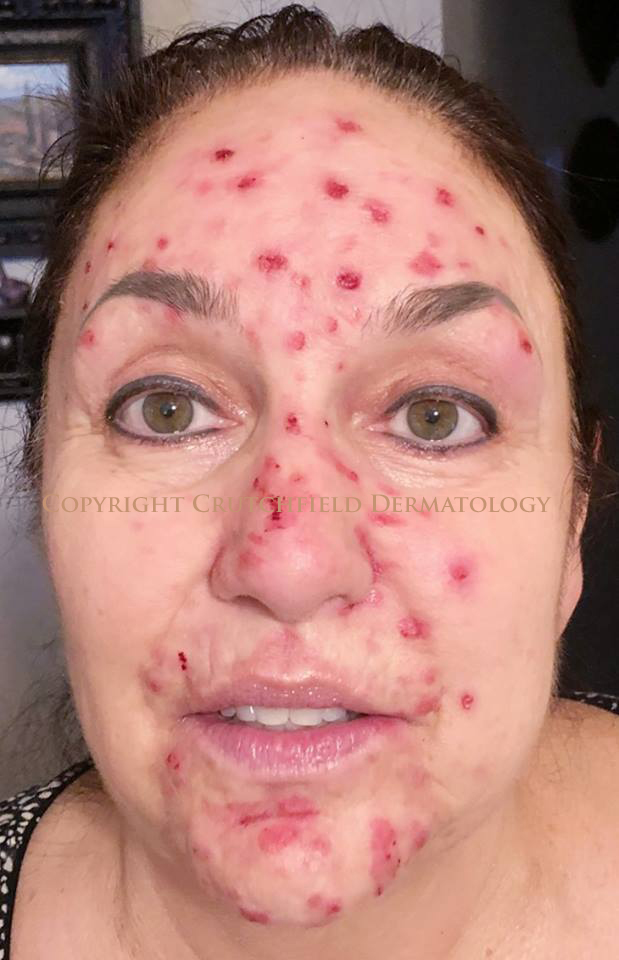 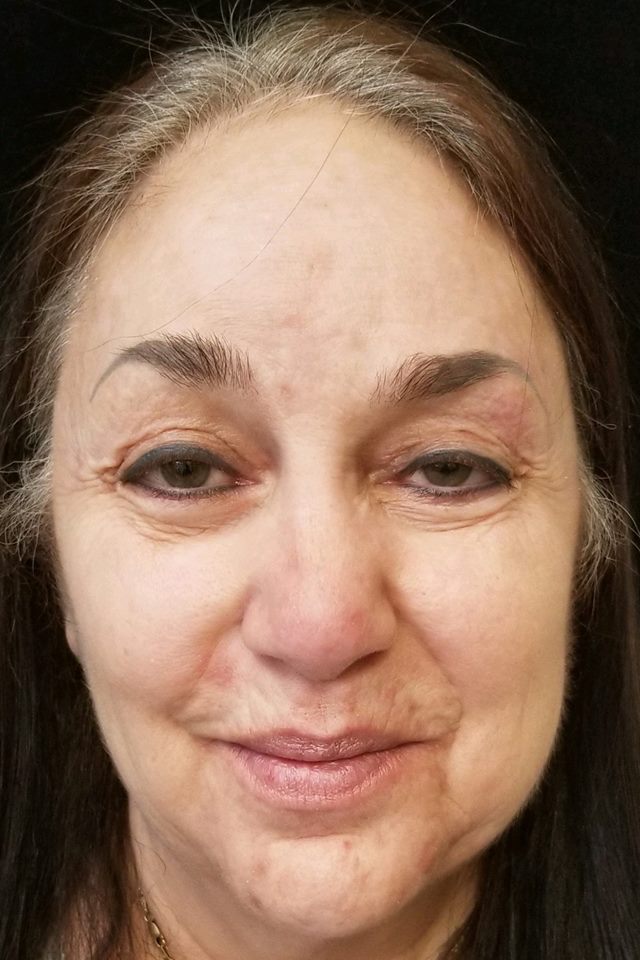 A 64-year-old woman presents with 'sores' on her face for approximately four years. She readily admits to picking her skin.

Diagnosis: This condition has been called several of the following, including, but not limited to: Excoriation disorder, chronic skin-picking disorder, acne excoriee, dermatitis artefacta, compulsive excoriations, compulsive neurodermatitis, and dermatillomania.

This condition represents an obsessive-compulsive disorder is also referred to as body-focused repetitive behavior mental illness. It is typified by the repeated picking of one's own skin, resulting in a significant disruption in one's life. The behavior can last from days to years. Many patients report spending substantial amounts of time, daily (often more than an hour), on the picking behavior. Doctors estimate that this disorder affects 1-2% of all people and seems to be reported more in women than men.

Individuals may pick at healthy skin, minor skin irregularities (e.g., pimples or calluses), lesions, or scabs. This disorder is usually chronic, with periods of remission alternating with periods of greater symptom intensity. If untreated, skin-picking behaviors may come and go for weeks, months, or years at a time. It is common for individuals with this disorder to spend significant amounts of time, sometimes even several hours a day, on their picking behavior.

It is often helpful to enlist the help of a mental health professional like a psychiatrist or psychologist in formulating and implementing a treatment strategy for these difficult-to-treat patients.

I always mention to medical students and residents that there is often more than one way to treat a condition. This case of excoriation disorder is no exception. Unfortunately, it can be most challenging to treat. This patient suffered with the condition for four years before coming upon a program that worked for her. I will describe what I used with the caveat that physicians use treatments that they are confident and comfortable with. I used an assortment of treatments for this patient, so I readily admit that I am unsure if any single treatment/component worked more than others in the overall program or if any/some part could be omitted.

Here is the program that provided success for this patient:

1. I tried gabapentin, but she hated the way it made her feel. I started at 300mg/ day and was going to build up to 900 or 1200, but she felt groggy and discontinued the medication.

6. 2nd week, start Cerave lotion compounded with 1% CBD oil on the five days/week that the Class VI steroid cream is not used.

This program worked for her. You may modify the program for your practice style and the patient's needs.